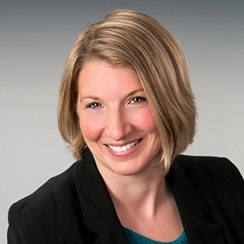 Tell Us About Your Career.

My first role in our industry was in 2004 with Lincoln Property Company. I applied for a leasing consultant position but because I had strong accounting skills, I was instead brought on as an assistant community manager. Talk about baptism by fire. However, I learned the ropes of leasing/admin/legalities/workflows fairly quickly and even took on a dual role, adding regional trainer to my responsibilities – but the funny thing is financials were the one thing that intimidated me. Part of that is probably because my manager would be locked away behind an office door, emerging only for the occasional break bemoaning the dreaded “owner’s report” and the other part was I always aware of the gravity of being boot on the ground for multi-million dollar assets. While the actual reports and numbers intimidated me, I was one of the only team members I can remember who would “geek” out when we’d have an owner visit. Everyone was always so worried about the visits but I knew it would be a chance for me to learn something. I owe much to that asset manager/owner representative from UBS. I am not kidding when I say he was tough but I always learned something from.  He made me think about the bigger picture of what we were trying to accomplish for the asset. And so, I began to think I wanted to be an asset management “when I grew up.”

I fully stepped into my first community manager role in 2006, this time with Westdale Real Estate Investment & Management. Thanks to my then RPM I flourished. I found I actually loved financial reporting and all things financial – budgeting, forecasts, all of it! Through the years in various captain’s chairs as a site-level manager with both Westdale and later on Greystar, I was often tapped to help my peers who were very strong in other areas but needed help on the financial front. Variance reports, budgets, forecasts – these were always my happy places. To me, it was the equivalent of saying “the proof is in the pudding.” All of the hard work the teams would put into the properties was always right there (on that first number we all look at on the monthly income statements) manifested as NOI.

In 2013 I joined a development team, Blackwell Street Management – the real estate division of Capitol Broadcasting Company – who ignited the renaissance of downtown Durham mainly through the extensive redevelopment of the American Tobacco Historic District. The group had just acquired two residential buildings and with plans to add on to its residential portfolio, it was my job to create a residential operations division. There I learned so much about the development side which really rounded me out in term of experience and ability to connect the financial dots in a way I had not been able to previously. But then the best opportunity I could have ever been given came along, I couldn’t say no – and little did I know it would truly become my dream job.

Northwood Ravin had a place for me “in the nest” as we like to say, and in 2015 I joined the NWR team. I came on as a Regional Manager and in a little over a year’s time David Ravin recognized the company’s need to create an asset management division given the rapid growth we had of owner-operated assets in multiple markets. I clearly remember his phone call to me asking me what I thought about moving into that role. It was happening!!!!!! Remember, that assistant manager who said she wanted to be an asset manager when she grew up? That. Is. Me. Fast forward a few more years and I am now entrusted to oversee that asset management division for Northwood Ravin – a developer, builder and manager for class A++ assets across 8 markets in 6 states.

What advice do you have for someone just starting out in your field?

For anyone who may think the numbers are boring, do not be fooled. There is a thrill to be found in the financials. It may sound silly, but it’s true! If you are a competitive person and like to see things in black and white, it can be exciting to measure where rents are compared to proforma, shift performance trends from unfavorable to favorable on the trailing statements,  measure your year-over-year performance improvements, or chase a refinance. I would advise anyone who thinks the monthly/quarterly/annual numbers of an asset are too big to influence – reconsider that position. There are so many daily transactions at the site-level that can help or hinder an asset’s performance from new lease velocity, appropriate pricing decisions, resident retention, inventory control, keen vendor management – all of it contribute one way or another to the bottom line of a property 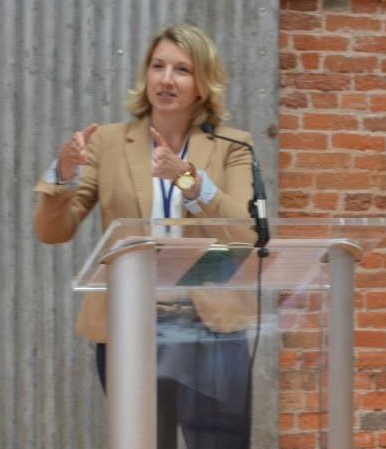 Be a sponge. There are amazing people everywhere in this industry. Your mentors and leaders are all around you – pay attention to them,  take their advice, appreciate their support, and follow their lead. The mentors and leaders who early on  helped me navigate a successful and enjoyable career have been Michelle Sanger (once my RPM and now VP of Apartment Operations for Synco), Sharon Hatfield (once my Director of Real Estate and now Chief Operating Officer for CF Lane). Not only did Michelle and Sharon coach me up to do great things inside the organizations we work for, but also to do great things outside of our respective companies and take on active roles in local and state apartment associations. Because of their support I was also able to enjoy roles serving as a committee chair and sat on the board of directors for many years. If not for the experience through Triangle Apartment Association and supporting the AANC efforts throughout the state I don’t know if I would be as well rounded of a person I am today. And I am 100% certain if I didn’t not have the privilege to work with a group led by David Ravin with his vision and ability to innovate real estate development and operations but create a company culture we know and love at Northwood Ravin, there is no doubt in my mind I would be as professionally and personally satisfied I am in my career path as I am today.