Tuesday, 9/10/19, in a special election Republican Dan Bishop beat Democrat Dan McCready in the 9th Congressional District. The highly contested race, for the vacant U.S. House seat, has been a republican led district since 1963. The 9th district spans about eight counties, covering the south end of Charlotte, west to the Sandhills and parts of Fayetteville. Dan Bishop was able to secure this win leading in the polls with nearly 4,000 more votes than Dan McCready. Bishop has been a great friend and advocate of the Apartment Association. We are glad to have him representing the 9th District of North Carolina.

North Carolina’s 3rd Congressional district seat has also been vacant since February. Formally represented by the late Walter Jones Jr. After last night's election Republican Greg Murphy will be his successor. This district runs along the North Carolina coast and is traditionally a republican dense territory. The polls reflected that with Murphy leading by nearly 27 thousand votes.

View a List of Candidates Running for Election in your Municipality 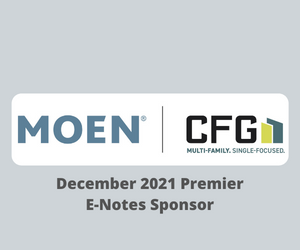